Having only launched the 2021 VirtualDJ software a matter of weeks ago the revolutionary leaders in music technology have just announced even more great new features in the latest update.

Most noticeably, the new instalment offers improved quality in real-time track separation. As well as extending the DJ’s control in real-time a bleeding parameter and allowing for great fine-tuning of each track. Overall, providing a higher quality sound in the studio and live in the club.

As pioneers of the latest DJ technology, VirtualDJ is the only pro DJ software that gives the opportunity to access in real-time, on any computer separated acapella, instruments of beats of any track. Unsurprisingly, VirtualDJ has been downloaded over 150 million times making it the world’s first choice for mixing software.

For superstar DJs, the software offers endless searching via best-loved streaming platforms such as Soundcloud, Deezer and Beatport. Allowing for full creativity to run free with it’s new ‘on the fly’ accessibility.

Whilst the software also remains extremely user-friendly for those just beginning their journey into DJing. It’s perfect for learning the ropes of stem mixing. As well as developing your signature sound as a DJ/producer.

Having been the go-to software for DJs and producers since the mid 90s. This latest VirtualDJ update, along with additional features has been described as a game changer for producers and music-lovers across the globe.

Stephane Clavel, CEO of VirtualDJ, commented on the release:

“The release of this new technology last month has really put us in the spotlight, and we saw an incredible number of customers switching over from competitors. That gave all the team a boost of energy and pride, and got us to work double-time to improve on this already amazing feature. And we’re not going to stop there. We all see that what we’re doing here is really impacting the DJing world, and it’s an immensely satisfying feeling.”

You can try it out for yourself and reap the rewards. VirtualDJ software is free for non-commercial use, and can be downloaded on www.virtualdj.com 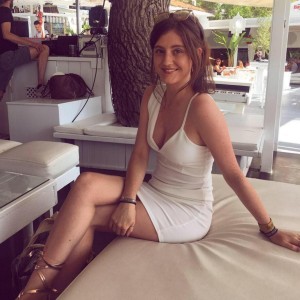 Versus (USA) To Join Next Deep Tech Loft Party Livestream