Legendary label Renaissance Records has a knack for spotting exciting talent and have signed Swiss duo Forgotten Notes on an exclusive contract, based on their excellent debut release ‘Moalé’ / ‘Hanala’.

Renaissance boss Geoff Oakes was full of praise for Forgotten Notes, saying: “As a debut there’s a maturity and class to their sound. It’s not often talent as exciting as this comes along, so it was an immediate and easy decision to ask them to join the Renaissance family.”

Forgotten Notes aka Ron Levis and Erhan Yucesan were both working as sound engineers and producers before a chance meeting at a day rave brought them together.

‘Moalé’ (which, in Sundanese means ‘to become’), is a melodic techno track with a rare, cross-genre appeal. It’s the sort of record that qualifies itself from the purest of single strobe-light techno sweatboxes to festival main arenas and, in the meantime, looks set to populate streams around the world.

‘Hanala’ is Madagascan in origin and fittingly translates to ‘distance oneself’, although it was recorded before this tragic pandemic presented itself. It’s a warm, haunting, deep house composition that offers a clear musical alternative to ‘Moalé’ and confirms Forgotten Notes already have more than one string to their bow.

The future really is very bright for Forgotten Notes and we look forward to catching them at a club or festival, hopefully very soon! 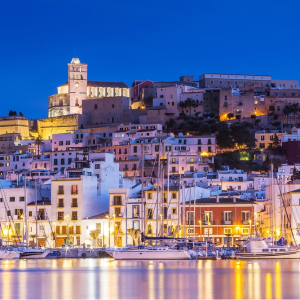